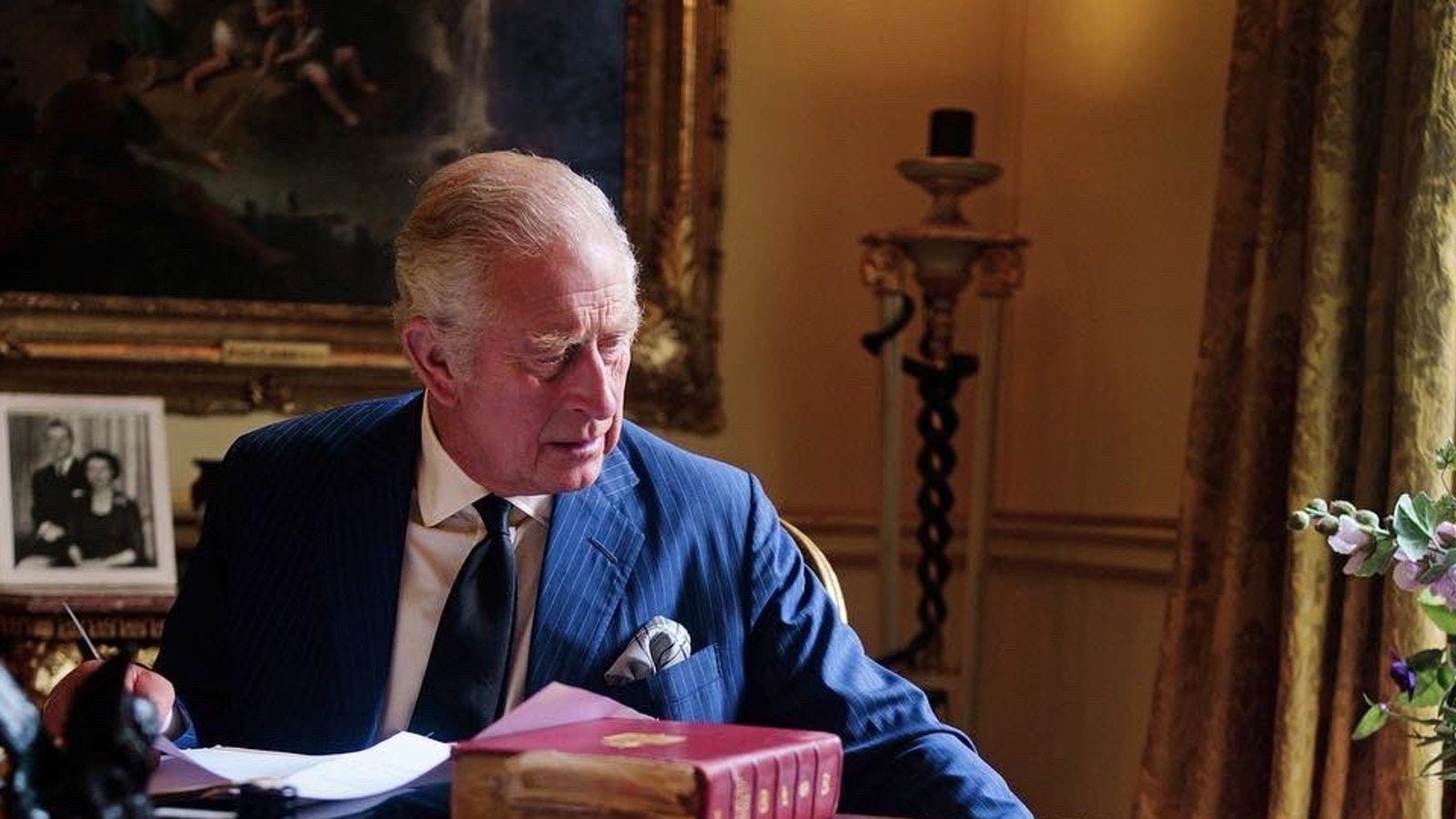 King Charles has been pictured together with his official crimson field through which the British monarch receives authorities paperwork, in {a photograph} launched by Buckingham Palace on Friday as the brand new king takes up his official duties.

The locked crimson despatch field is a picture strongly related to the British monarchy and one which the late Queen Elizabeth was usually pictured with. It comprises papers from the British authorities and a few Commonwealth international locations that are despatched to the monarch from the workplace of the non-public secretary.

The picture was taken within the Eighteenth Century Room at Buckingham Palace final week.