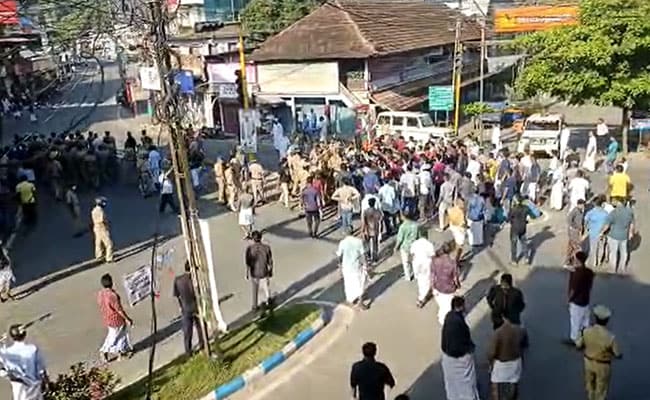 PFI had known as the strike in protest in opposition to the arrest of its members.

A day after Common Entrance of India (PFI) leaders have been arrested in a large countrywide raid, the outfit’s dawn-to nightfall strike started this morning, throughout which incidents of stone throwing and assault on automobiles, together with public buses, have been reported from numerous locations in Kerala.

The outfit had known as the strike in protest in opposition to the arrest of its members throughout raids by the Nationwide Investigation Company yesterday. The strike started at 6 am and is about to proceed until 6 pm. In different components of the state, roads have been seen with only a few public presence this morning.

In accordance with the police, stone-throwing incidents have been reported at numerous locations within the state. Two officers have been attacked earlier within the day by these supporting the strike at Pallimukku in Kollam district.

Visuals confirmed strike supporters throwing stones at a Kerala State Transport Company (KSRTC) bus at Panamaram village in Wayanad district. The bus was on it solution to Kozhikode. Public buses have been additionally attacked in Kozhikode, Kochi, Alappuzha and Kollam.

In Thiruvananthapuram, an autorickshaw and a automotive have been broken after being attacked in Poonthura.

In a press release, the PFI state committee stated that it thought-about the NIA’s arrest of its nationwide and state leaders “unjust” and “a part of atrocities by the state”.